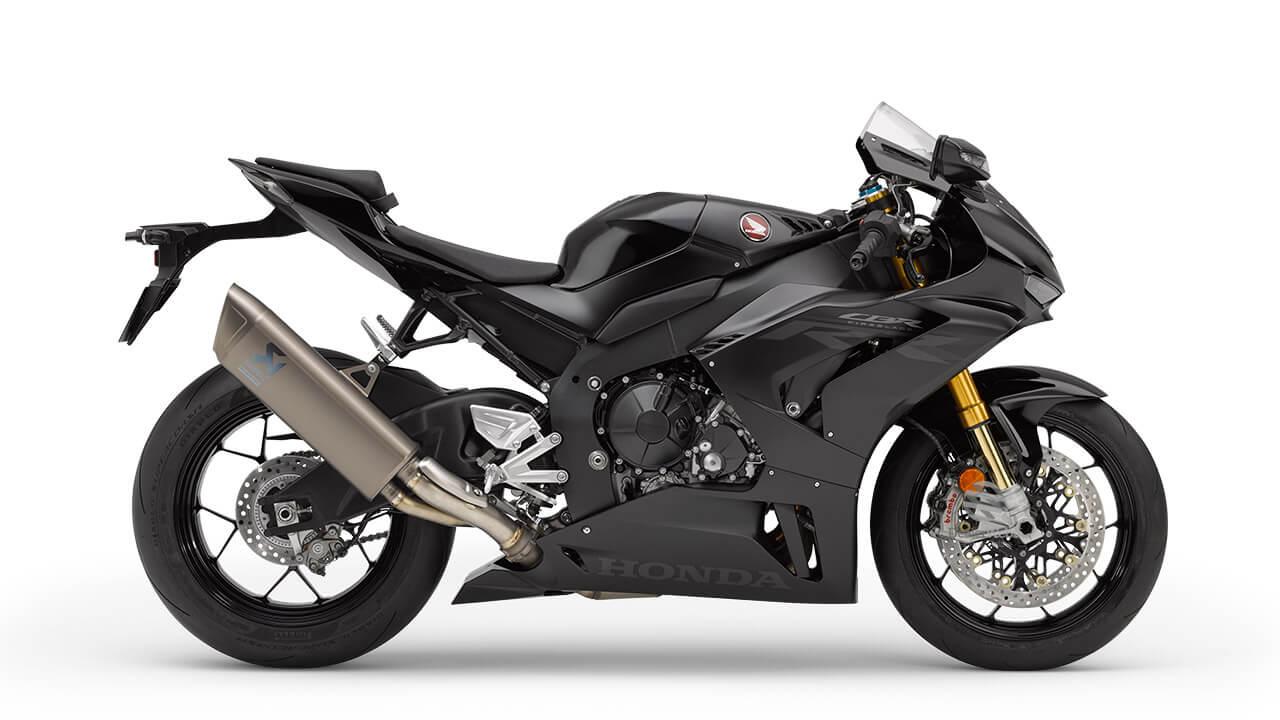 Take a closer look at the unique features that make the CBR1000RR-R Fireblade SP born to race.

The Öhlins NPX fork uses a pressurised damping system to minimise cavitation, resulting in more stable damping control and improved bump absorption at high speeds. Feel for front tyre grip is also enhanced. The rear shock is also by Öhlins; the upper mount attaches at the back of the engine to enhance high-speed handling.

The aluminium swingarm – based on the designed used by the RC213V-S – is 30.5mm longer, at 622.7mm but weighs exactly the same as the previous design. Its horizontal rigidity is reduced by 15%, with vertical rigidity maintained to generate incredible rear tyre grip – and feel to go with it.

The CBR1000RR-R Fireblade SP is equipped with Launch Control for race starts. It limits engine rpm at 6,000, 7,000, 8,000 and 9,000rpm set-points, even with a wide-open throttle, letting you focus on clutch release (and lights) alone. A quickshifter is also fitted as standard, with performance optimised for racetrack performance and reliability.

For flexible ability (and along with Rear Lift Control) the ABS gains two switchable modes; SPORTS mode focuses on road-riding performance, with high brake force and less pitching, while TRACK mode offers power and feel braking from much higher circuit speeds. Both are controlled with input from the six-axis Inertial Measurement Unit (IMU).

THE RACE-TRACK IS YOUR PLAYGROUND
It’s where you live – and truly come alive. Performance is everything and you’ll take any advantage to hunt out speed.

We have built the new CBR1000RR-R Fireblade SP for you. It starts out in the same Pit Lane as the CBR1000RR-R – which means MotoGP technology for the engine, chassis and aerodynamics. But we’ve added second generation Öhlins Smart Electronic Control (S-EC) suspension and an upgraded user interface to go with it. And a new Brembo braking package including Stylema front brake calipers, brake lever and rear caliper. The CBR1000RR-R SP is not built with a road-rider’s needs in mind; the race-track is where it belongs. And while it is fully road legal, with lights, indicators, full-colour TFT display and Honda Smart Key, the CBR1000RR-R Fireblade SP is our ultimate statement of pure super sports aggression. Enjoy it. 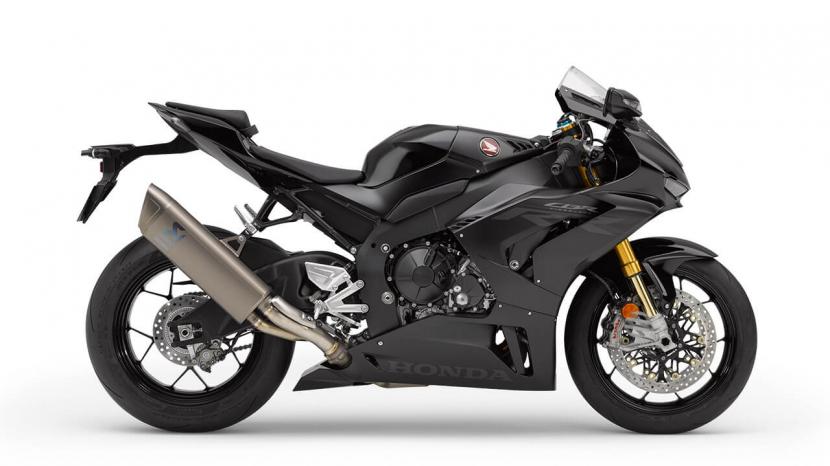 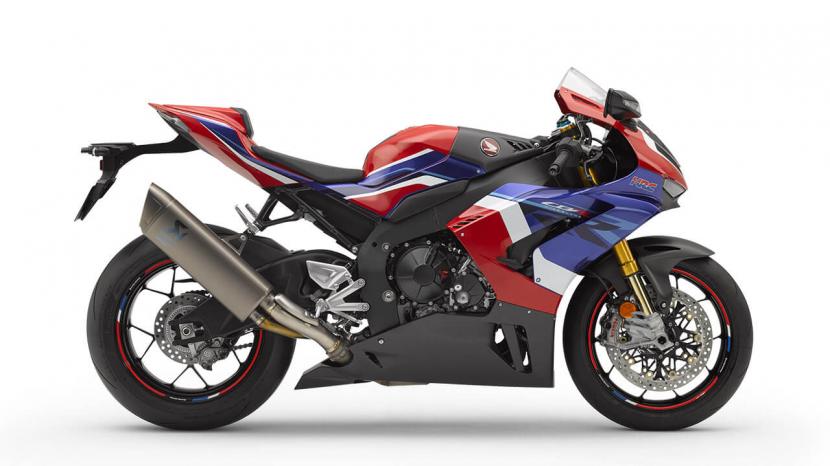 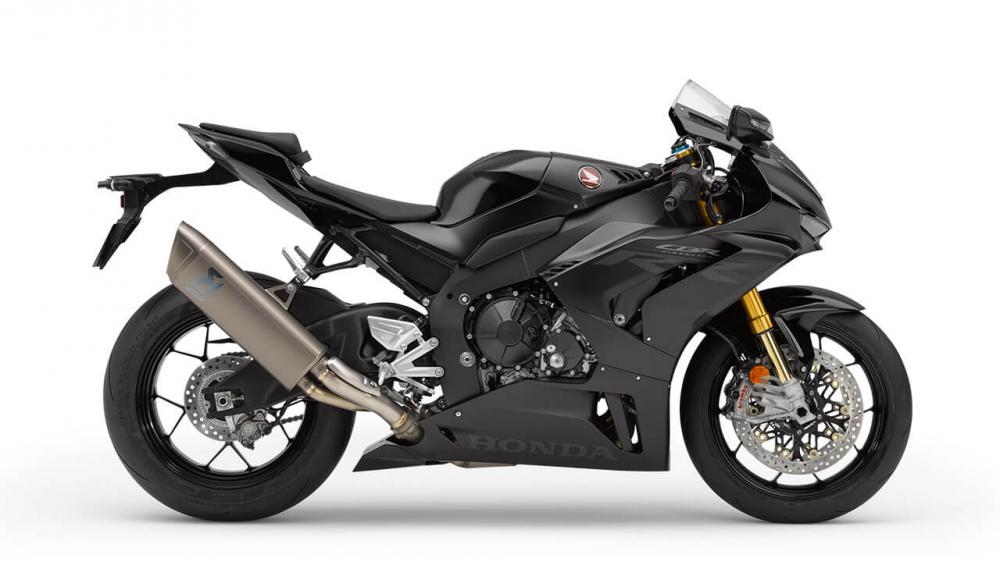 Look at our great offers and see how easy it is to take a Honda home.
8.9% APR REPRESENTATIVE
From £209 a month over 3 years

*OTR may be subject to change due to actual or unexpected changes in tariffs, duties taxes or other costs which may affect importation or other costs of supply. Subject to model and colour availability.

Offers applicable at participating dealers and are at the promoter's absolute discretion (excluding Channel Islands).

~The first three services (excluding Ohlins Suspension), one-year extended guarantee, one year extended European Roadside Assistance and one-year Datatool subscription are available when your Motorcycle is financed through a Hire Purchase, Fixed Sum Loan ageement or Personal Contract Purchase agreement with Honda Finance Europe Plc. The minimum balance to finance is £5000 with minimum agreement term of 24 months for Hire Purchase and Fixed Sum Loan agreement and 25 months for Personal Contract Purchase. You can settle your finance agreement at any time, however, if you withdraw from your finance agreement within the first 14 days, the first three services, extended guarantee and European roadside assistance will be cancelled. Offers applicable at participating dealers and are at the promoter's absolute discretion (excluding Channel Islands). Representative example based on 3 years 8.9% PCP. **£1000 Honda UK Test Ride available.

8.9% APR Representative Personal Contract Purchase (PCP)  Representative example based on 3 years 8.9% PCP. Excess mileage rate applies. Final payment includes £10 option to purchase fee. Maximum customer deposit 30%. At the end of the agreement, there are three options: i) Retain: Pay the optional final payment to own the vehicle, ii) Return: Return the vehicle, or iii) Renew: Part exchange your Honda for a new one. You do not have to pay the Final Payment if you return the bike at the end of the agreement and you have paid all other amounts due, the bike is in good condition and has been serviced in accordance with the Honda service book and the maximum annual mileage has not been exceeded. Excess mileage charge includes VAT at current rate.

8.9% APR Representative Fixed Sum Loan Representative Example based on 3 years 8.9% fixed price sum loan ;  You have always been the legal owner from the beginning of the contract, however Honda Financial Service retains an interest in the vehicle until all payments have been made.

8.9% APR Representative Honda Hire Purchase (HP) Representative Example based on 3 years 8.9% HP; £10 option to purchase fee applies. Honda Hire Purchase (HP): At the end of the agreement, once the option to purchase fee [if applicable] has been paid you will own the vehicle outright, you could then choose to part exchange your Honda for a new one.

Indemnities may be required in certain circumstances. Finance is only available to persons aged 18 or over, subject to status. All figures are correct at time of publication but may be subject to change. Honda Franchise Dealers are credit brokers, not lenders. As the dealer offers products from a limited number of carefully selected finance providers, they are not independent financial advisors. We may or may not make a payment and / or reward to the dealer if you enter into an agreement with us. Credit provided by Honda Finance Europe Plc. Honda Financial Services is a trading name of Honda Finance Europe Plc. Cain Road, Bracknell, Berkshire RG12 1HL a company registered at Companies House No 03289418. Honda Finance Europe plc is authorised and regulated by the Financial Conduct Authority, Financial Services Register number 312541. We are authorised and regulated by the Financial Conduct Authority, registration number 654936.

“We are a credit broker and not a lender. We can introduce you to a limited number of lenders and their finance products which may have different interest rates and charges. We are not an independent financial advisor. We will provide details of products available from the lenders we work with, but no advice or recommendation will be made. You must decide whether the finance product is right for you. We do not charge you a fee for our services. Whichever lender we introduce you to, we will typically receive commission from them (either a fixed fee or a fixed percentage of the amount you borrow). The lenders we work with could pay commission at different rates. However, the amount of commission we receive from a lender does not have an effect on the amount you pay to that lender under your credit agreement.”